Our species needs, and deserves, a citizenry with minds wide awake and a basic understanding of how the world works. – Carl Sagan
A couple of days ago a commenter invited me to join and spread the word regarding our inter-galactic ship named “IGS Earth”. It’s a “green” project; educating us, not only of our limited energy resources, but pushing as well the understanding of the delicate balance of nature, conservation and recycling. To “celebrate” it or mark its “awareness”, Earth Hour was conceived.

Therefore, on Saturday, March 27 at 8:30 pm (Saudi Arabian Time), let’s commemorate it by turning off unnecessary lights and appliances for one hour. That means we’ll have a candle light dinner (isn’t that romantic) and you’re going to miss an episode of your favorite pinoy soap.

But that “sacrifice” is miniscule compared to what’s in store if we all join in. Imagine what will happen if less light is reflected on the sky. We’ll see the night sky in its natural state just like this: 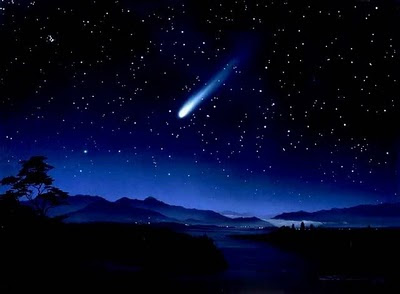 The universe in its entire splendor; calm, beautiful and mysterious. Miles away ahead compared to this: 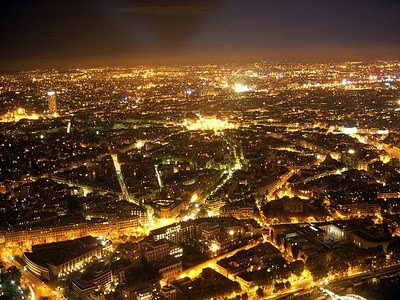 Astronomers call it “light pollution”; combined luminance of an entire city covering the night sky that you can hardly see heavenly bodies except for the moon and the “evening star”(not a star at all but a planet). And like earth's satellite companion, it gets its “twinkle” from the light reflection of our sun.

So on Saturday night, let’s watch and dance with the stars as they waltzes across the sky while the crickets played in the background a Strauss concerto.

Images were taken from the net. I forgot who owned it but would like to thanks him/her anyway.
Posted by BlogusVox