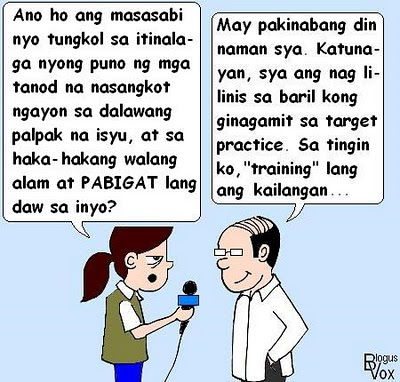 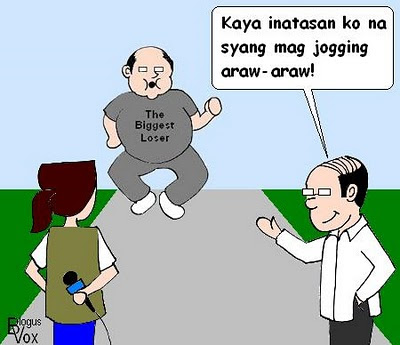 This post was forwarded to me by a friend. I know how each one of us felt the shame and frustration of the recent event in our homeland. Perhaps this letter may somehow find our lost dignity or at least help us to move on.  All I’m saying is may they open their hearts and give us a chance, as a nation, to amend the failures created by a few misguided individuals. We are not what some think we are as a people. - BlogusVox

After the August 23 hostage drama, there is just too much negativity about and against the Filipino.

“It is difficult to be a Filipino these days”, says a friend who works in Hongkong. “Nakakahiya tayo”, “Only in the Philippines” were some of the comments lawyer Trixie Cruz-Angeles received in her Facebook. There is this email supposedly written by a Dutch married to a Filipina, with 2 kids, making a litany of the supposed stupidity or idiocy of Filipinos in general. There was also this statement by Fermi Wong, founder of Unison
HongKong, where she said – “Filipino maids have a very low status in our city”. Then there is this article from a certain Daniel Wagner of Huffington Post, wherein he said he sees nothing good in our country’s future.

Clearly, the hostage crisis has spawned another crisis – a crisis of faith in the Filipino, one that exists in the minds of a significant number of Filipinos and some quarters in the world.

We have to protect and defend the Filipino in each one of us.

The August 23 hostage fiasco is now part of us as Filipinos, it being part now of our country’s and world’s history. But that is not all that there is to the Filipino. Yes, we accept it as a failure on our part, a disappointment to Hong Kong, China and to the whole world.

But there is so much more about the Filipino.

In 1945, at the end of World War II, Hitler and his Nazi had killed more than 6 million Jews in Europe. But in 1939, when the Jews and their families were fleeing Europe at a time when several countries refused to open their doors to them, our Philippines did the highly risky and the unlikely –thru President Manuel L. Quezon, we opened our country’s doors and our nation’s heart to the fleeing and persecuted Jews. Eventually, some 1,200 Jews and their families made it to Manila. Last 21 June 2010, or 70 years later, the first ever monument honoring Quezon and the Filipino nation for this “open door policy” was inaugurated on Israeli soil, at the 65-hectare Holocaust Memorial Park in Rishon LeZion, Israel.

The Filipino heart is one of history’s biggest, one of the world’s rare jewels, and one of humanity’s greatest treasures.

In 2007, Baldomero M. Olivera, a Filipino, was chosen and awarded as the Scientist for the Year 2007 by Harvard University Foundation, for his work in neurotoxins which is produced by venomous cone snails commonly found in the tropical waters of Philippines. Olivera is a distinguished professor of biology at University of Utah, USA. The Scientist for the Year 2007 award was given to him in recognition to his outstanding contribution to science, particularly to molecular biology and groundbreaking work with conotoxins. The research conducted by Olivera’s group became the basis for the production of commercial drug called Prialt (generic name – Ziconotide), which is considered more effective than morphine and does not result in addiction.

The Filipino mind is one of the world’s best, one of humanity’s great assets.

The Filipino is capable of greatness, of making great sacrifices for the greater good of the least of our people. Josette Biyo is an example of this. Biyo has masteral and doctoral degress from one of the top universities in the Philippines, the De La Salle University (Taft, Manila), where she used to teach rich college students and was paid well for it. But Dr Biyo left all that and all the glamour of Manila, and chose to teach in a far-away public school in a rural area in the province, receiving the salary of less than US$ 300 a month. When asked why she did that, she replied “but who will teach our children?” In recognition of the rarity of her kind, the world-famous Massachusetts Institute of Technology (MIT) in the United States honoured Dr Biyo a very rare honor by naming a small and new-discovered planet in our galaxy as “Biyo”.

The Filipino is one of humanity’s best examples on the greatness of human spirit!

Efren Penaflorida was born to a father who worked as a tricycle driver and a mother who worked as laundrywoman. Through sheer determination and the help of other people, Penaflorida finished college. In 1997, Penaflorida and his friends formed a group that made pushcarts (kariton) and loaded them with books, pens, crayons, blackboard, clothes, jugs of water, and a Philippine flag. Then he and his group would go to the public cemetery, market and garbage dump sites in Cavite City – to teach street children with reading, math, basic literacy skills and values, to save them from illegal drugs and prevent them from joining gangs. Penaflorida and his group have been doing this for more than a decade. Last year, Penaflorida was chosen and awarded as CNN Hero for 2009.

Efren Penaflorida is one of the great human beings alive today. And he is a Filipino!

Nestor Suplico is yet another example of the Filipino’s nobility of spirit. Suplico was a taxi driver In New York. On 17 July 2004, Suplico drove 43 miles from New York City to Connecticut, USA to return the US$80,000 worth of jewelry (rare black pearls) to his passenger who forgot it at the back seat of his taxi. When his passenger offered to give him a reward, Suplico even refused the reward. He just asked to be reimbursed for his taxi fuel for his travel to Connecticut. At the time, Suplico was just earning $80 a day as a taxi driver. What do you call that? That’s honesty in its purest sense. That is decency most sublime. And it occurred in New York, the Big Apple City, where all kinds of snakes and sinners abound, and a place where, according to American novelist Sydney Sheldon – angels no longer descend. No wonder all New York newspapers called him “New York’s Most Honest Taxi Driver”. The New York City Government also held a ceremony to officially acknowledge his noble deed. The Philippine Senate passed a Resolution for giving honors to the Filipino people and our country.

In Singapore, Filipina Marites Perez-Galam, 33, a mother of four, found a wallet in a public toilet near the restaurant where she works as the head waitress containing 16,000 Singaporean dollars (US $11,000). Maritess immediately handed the wallet to the restaurant manager of Imperial Herbal restaurant where she worked located in Vivo City Mall. The manager in turn reported the lost money to the mall’s management. It took the Indonesian woman less than two hours to claim her lost wallet intended for her son’s ear surgery that she and her husband saved for the medical treatment. Maritess refused the reward offered by the grateful owner and said it was the right thing to do.

So let’s rise as one people. Let’s pick up the pieces. Let’s ask for understanding and forgiveness for our failure. Let us also ask for space and time to correct our mistakes, so we can improve our system.

To all of you my fellow Filipinos, let’s keep on building the Filipino great and respectable in the eyes of our world – one story, two stories, three stories at a time – by your story, by my story, by your child’s story, by your story of excellence at work, by another Filipino’s honesty in dealing with others, by another Pinoy’s example of extreme sacrifice, by the faith in God we Filipinos are known for.

Mga kababayan, after reading this, I ask you to do two things.

First, defend and protect the Filipino whenever you can, especially among your children. Fight all this negativity about the Filipino that is circulating in many parts of the world. Let us not allow this single incident define who the Filipino is, and who we are as a people. And second, demand for good leadership and good government from our leaders. Question both their actions and inaction; expose the follies of their policies and decisions. The only way we can perfect our system is by engaging it. The only way we can solve our problem, is by facing it, head on.

We are all builders of the beauty and greatness of the Filipino. We are the architects of our nation’s success.

To all the people of HK and China, especially the relatives of the victims, my family and I deeply mourn with the loss of your loved ones. Every life is precious. My family and I humbly ask for your understanding and forgiveness.