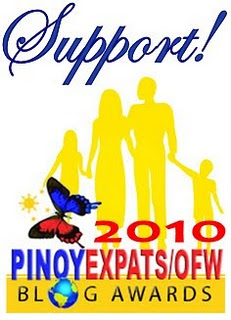 PEBA is now open for submission of your entries for the year 2010. So if you missed last year’s contest or didn’t make it to the Top 10, now is the time to try your luck again.

This year’s theme is “Strengthening the OFW Families: Stronger Homes for a Stronger Nation” but to my understanding, unlike last year, an essay is not required when submitting your entry.

So let’s support the only Pinoy Blog Contest dedicated to OFWs and expatriates around the world. More power to its organizers and may it be a success. Good luck!
Posted by BlogusVox 4 comments: 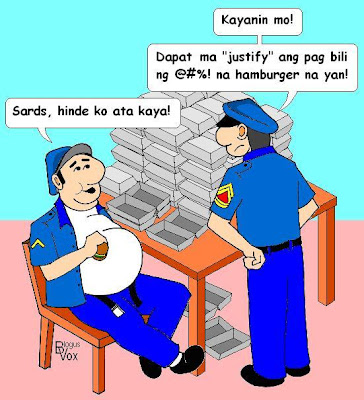 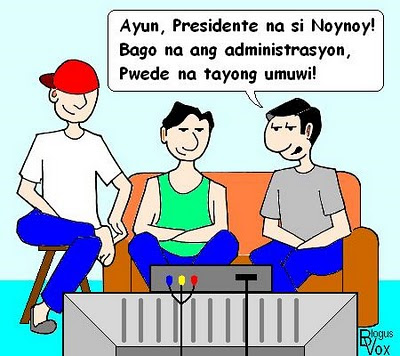 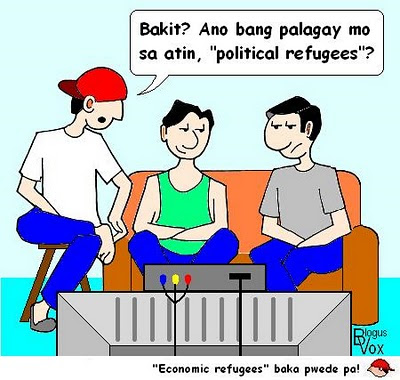 I witnessed the inauguration of our new president. I saw the hope and aspiration in the faces of our people, believing that this president have the determination and the firmness to change our nation for the better. But Noynoy himself admits that he can’t do this without the cooperation from the citizenry. In other words, we should do our part, our responsibility how ever small or insignificant it may be, if we are to fulfill our collective vision.

Our government, any government, will never succeed without the collaboration of the governed. The expectation and dreams are there and perhaps the willpower to succeed too. But do we have “unity” or even “cooperation” to realize this? Regionalist or clannish cultures are “ugly” traits we can’t seem to shake off; the reason why I’m being pessimistic. And this trait manifested itself in our recently concluded election.

Our “kabalen” in the 2nd district voted overwhelmingly in favor of the former president because she pampered them with government projects, disregarding what she did in her 9 years in power. Not to mention the scandals created by her or her immediate family, they also over looked alleged anomalous transactions of her administration and human right violations under her watch. Our “kabalen” put her in congress without thinking if she was just using them as a stepping stone in her ambition to return back to power. And all of these became clear when her first act as a representative was to, unashamedly, call for a constitutional convention; the key to open up her bid in becoming the prime minister. Maybe our “kabalen” didn’t saw this coming or perhaps they don’t care. She maybe the devil, but she is “their” devil.

A good example of regionalism is the “solid north”. Geographical location and limited resources are factors that bond them. It is their strength and I admire them for that. Therefore, it is no surprise when a certain political family enjoys their constituent’s support and monopolizes the gubernatorial and congressional post of the province. They took care of them when they were on the helm of power. What dismayed me is the seemingly short memory of the rest of us that enables a scion of this family to take a national post; a seat in the Senate.

Perhaps the majority of the electorates weren’t born or too young to remember the “dark years”. But being a Martial Law “baby”, I witnessed the excesses of these conjugal dictators and their cronies. And no one has the ability to project such ostentatious display of grandeur than the matriarch of this family, taking no notice or concern that the rest of the nation wallows in poverty.

Remember, these families have tasted power before. For them, it’s like an adrenaline rush. They will not stop until power is in their hands. Be wary of their patriotic rhetoric and nationalistic concerns. They are now “testing the waters”, so to speak, sizing up when is it time for them to return.

Be vigilant.
Posted by BlogusVox 22 comments: