To those of you who received honours, awards and distinctions, I say well done. And to the C students, I say you, too, can be president of the United States. – George W. Bush

Last week was Bea’s Recognition Day. It was separated and held a week after her school’s Graduation Ceremony because of time constrain. But my family went home after the Grade 1 and Grade 2 class finished their acceptance, skipping the rest of the event. I felt “guilty” and it’s quite unfair to parents of older students to stay late in the afternoon, some took “under time” at work, to witness their children received their award. Even I was culpable of sneaking out for a couple of hours and returned back to work after Bea’s class concluded their rites. I have to be present since it’s kind of important for her to see her daddy clapping, waving and giving her the “thumbs up” while accepting her medals and certificate. She got two medals by the way; over-all top one and Quiz Bee champion (General Information category) of Grade 1 (sorry can’t help it, I’m one proud daddy!). Not bad for a child who sit and sulk under her desk when teachers reprimand her for being noisy and playful during class.

Nursery and Kindergarten ate up a big chunk of the program and the reason was because they gave each pupil in prep-school a medal. Unlike in Bea’s former prep-school where only the top 5 students and those who excel in Math, Spelling, Reading and Writing gets a medal, here, they also “invent” awards so every child gets a chance to go on stage. I don’t know how these are evaluated. But on the lighter side and to pass the time away (while waiting for Bea’s turn), here’s how I appraised it:

Most Active        - “Hyper” ang bata.
Most Artistic       - Knows the sky is blue, plants are green, the sun and
moon are yellow and draw people that don’t look anorexic.
Most Attentive    - Doesn’t have ADS.
Most Behave      - Socially inept.
Most Courteous - Says “Good morning Miss Magtanggol” to teacher every day.
Most Friendly     - Got plenty of candy na “baon”.
Most Helpful      - Bossy and act as class monitor when teacher leave the
classroom.
Most Improve    - Late bloomer.
Most Neat         - Doesn’t sit and roll in the hallway during recess or parent is a
stay-at-home-mom.
Most Obedient  - Hindi pasaway.
Most Organized - Doesn’t misplace pencil, eraser, scissor, paste and
especially crayons.
Most Polite        - Knows how to use “po” and “opo” in a sentence.
Most Punctual    - Dropped at school before 7 even thought class starts at 8
because parents goes to work early.
Most Popular     - Palaging nag papa “blow-out” ang parents.

I hope parents don’t get upset if their child won in any of these “awards”. I’m just lightening up what some considers an exercise in mediocrity.
Posted by BlogusVox 13 comments: 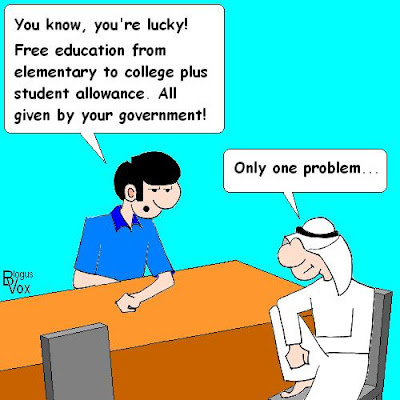 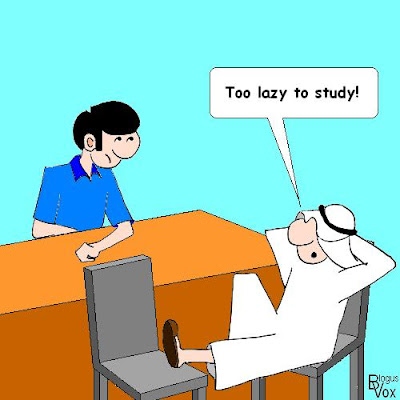