A couple of nights ago I woke up to find my wife watching “Shootout ’09” on TFC. It’s a talk show whose topic was to highlight and discuss the Philippines' best and worst events in 2009. What caught my attention was the way it was presented. The setting was informal; using a typical office environment as backdrop and the participants are clustered around a cubicle. It depicts something like a casual conversation among co-workers. Para bang iyung karaniwang tanawin sa opisina nang gobyerno o di kaya sa pribadong tanggapan pag wala ang amo. The subjects were interesting and the exchanges of ideas were stimulating. This prompts me to share my personal opinion on some of their topics.

MMFF and “Inde” Films
I seldom watch pinoy movies. I can count in my fingers the number of Pinoy films I’ve watch since the days a double-feature cost 50 centavos. It has nothing to do with anti-nationalist, un-pilipino and other boo-boo. It simply bores me to watch a movie where you know, most of the time, what will happen before it happens. Besides, seeing Bong Revilla commenting something like “It’s not about the award. Ang mahalaga ay makapag bigay saya sa ating kababayan” and then adding “hindi pa ako nanalo ng best actor” only makes him looked phony even more. Why enter in a competition in the first place, if his “noble” reason is just to entertain and not win an award? Who ever believes the significance of this “award” doesn’t know any better. Urian? Yes! MMFF? They can have it! Take it, take it!

On the other hand, our “inde” films made some marks in the international arena. And it empresses me to know one even won The Best Director award in Cannes. But when Karen Davila lamented on its unpopularity among local movie goers, my answer is, because the casts are unknown. Movie owners know this, that’s why they seldom support it. Put Sharon or Juday in it, tingnan lang natin kung hindi tatabo yan sa takilya. Papatok yan at bibilhin pa rin ng tao kahit ang kabuohang estorya ay paulit-ulit lang. If you doubt me, watch some old Sharon, Dolphy or FPJ films. Si Sharon palaging api. Si Dolphy, bading. At si Fernando, pabugbog muna bago uubusing mag-isa ang ‘sang katirbang goons.

Just like in politics where we vote the person and not his political platform, we also patronize pinoy movies on how popular (controversial?) its leading casts. Disregarding the merit on how good an actor portrays a role. A good story line is just an add-on.

Pacman
Manny Pacquiao, I would say, is a unique athlete, a man whose feat happens only once in every two or three decades. Not only did boxing make him filthy rich, his achievements make us proud being Pinoys and puts the Philippines on the map once again.

But one should also know ones limitation. I don’t know if all his “blessings” went up his head. But to believe in oneself, I’m a good singer and actor or enter politics leaves a bad taste in my mouth. One can’t help but think if his either surrounded my yes-men or by people whose intention is to partake in his billions.

Charice
No doubt, the kid got talent. She was my bet when she’s just starting in that talent show some years back. Pero nakaka-umay din when every time you see her, all she does was ape Whitney Houston or Mariah Carrey. She’s like a jukebox where all the records play “…and aaaaayyyy-eyay-eyaay will always love youuuu oh wooo… ”.

Joey Reyes put it bluntly when he said “She’s a novelty”. Categorically, he puts her in the same level as Yoyoy Villame, along with Lito Camus and Willie Revellame. The sad thing is if she can’t find her own identity, she’ll definitely end up as a novelty act. A filler, pang patay ng oras habang ang “main act” ay bumibihis at mini-“make-up”pan pa.

Tita Cory and Ondoy
Corazon Aquino’s administration maybe rated as “pasang-awa”. But even if she took the responsibility with reservation, she did her role, performing her job to the best of her ability.

Many of you weren’t born when Martial Law was declared. Many of you are too young to understand what it is like living under a dictatorship. During those times when we need a rallying point, she reluctantly stepped forward. I was one of those thousands who responded when the call to protect the two military camps was announced. Because of that shared event, I felt a special affinity towards her. The feeling I felt that day will never leave my mind.

I’ve experienced that feeling again when I saw those multitude of people lined up on the side of the road when her remains passed by. I’ve witnessed again as people from different walks of life become one in feeling and purpose. I realized that it takes a special event to awaken the nationalistic spirit that lays dormant inside us for so long.

That spirit manifested once again when Ondoy visited us. We saw how gallant our kababayan are in facing a disaster of that magnitude. We saw how some of them risked their lives in order to save other lives. We saw how those who weren’t affected, chipped in, sacrificing a day’s wage in order to send relief goods and financial aid to those who were affected. We saw how complete strangers helped one another, holding hand-in-hand, united in believing that we shall overcome this calamity.

This is the spirit that left us for so long. It takes a gracious, charismatic lady to pass away and a devastating typhoon for her to return. Grab her. Put her in our heart and mind, for she will guide us to a better future as a nation.

Kudos to those who made it to the Top 10 and received special mention awards in the recently concluded PEBA!

Again, to all who have won…

Wishing you all a very
.
Merry Christmas 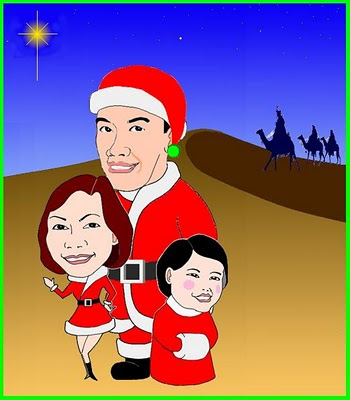 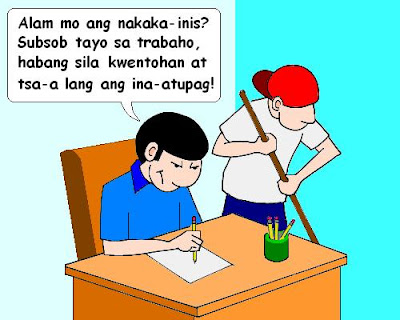 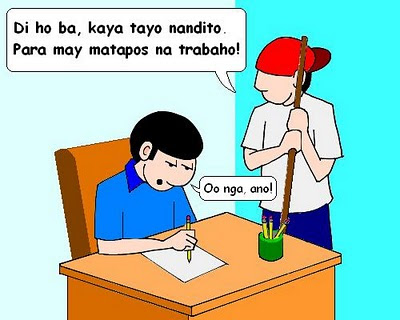 On Tribalism and a Pinch of Etiquette

In the ‘80s, the government here built condo like housings for their citizens who wants to settle in cities and urban areas. But these buildings were uninhabited for decades because no national wants to live in it. The “condo” concept doesn’t sits well on their psyche where the only thing that separates each unit is a wall. Perhaps they don’t feel secure to have strangers as neighbors. And perhaps this suspicion is a natural reaction whose roots maybe traced back in the old days when tribal raids were common, looting provisions and kidnapping women from one another.

This distrust manifests also in government agencies. If a department head is from a particular region, people under him are likely also from that area. A recruit won’t be accepted to the king’s special guard unless he could prove his lineage down to the generation of the first monarch; probable to know if their ancestors were along side the king during their country’s formative years. And certain businesses that are present in one region are not allowed or don’t exist in another region of the kingdom and vise-versa, a practice born out of centuries of mistrust. A minus factor if aiming for a strong and cohesive country.

But this mindset also exists in the Philippines in the form of regionalism and social group. It may not be as obvious as India’s caste system, but to think the Philippines has a “classless” society, one should look again. It exists in some Spanish “mestizos” and Chinese-Filipinos. It’s visible in someone who claims to have “maharlikan” pedigree, as if they are above “timawas” and former “alipins”. And this “discrimination” is brought to the next level by our two Muslim brothers from the south. I don’t know what started the animosity but I witnessed how Maranaws and Taosugs hate each others guts.

One also sees intolerance in the diverse languages spoken in different regions. I speak our vernacular when I talk to someone from my hometown but I speak Pilipino when I’m with other “kabayans”. And I speak English when a “foreigner” happens to be with us. In a subtle way, I want to emphasize that it’s not polite if someone can’t understand our conversation. But some people just couldn’t take a hint.

A pinoy officemate speaks in his native tongue when he sees a town's mate, even if the two are with a group of other “kababayans”. They talk as if they’re alone; oblivious that some seems annoyed while the rest look amused. This peculiarity is evident everywhere. Some even insist that their language should be the “lingua franca” on the basis of number of speakers. Others reason out that they take pride on their local language (who doesn’t) that they slip into it any chance they get. But sometimes protocol and common courtesy also dictates otherwise.

It’s sad to think that this mundane issue is a factor that holds us back. How could we move forward progressively when we don’t think as one, always divided by linguistic pride and regional self-importance?
Posted by BlogusVox 18 comments: 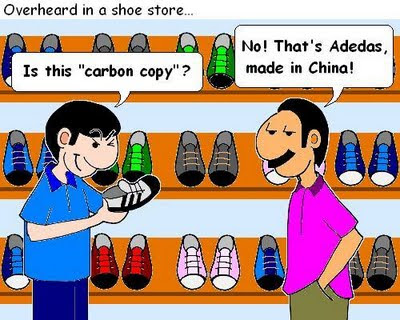 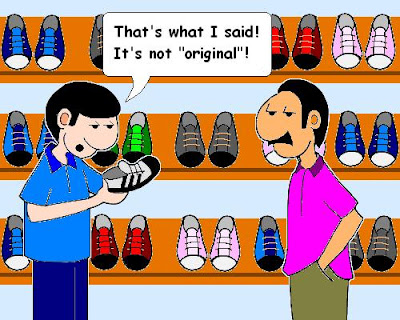