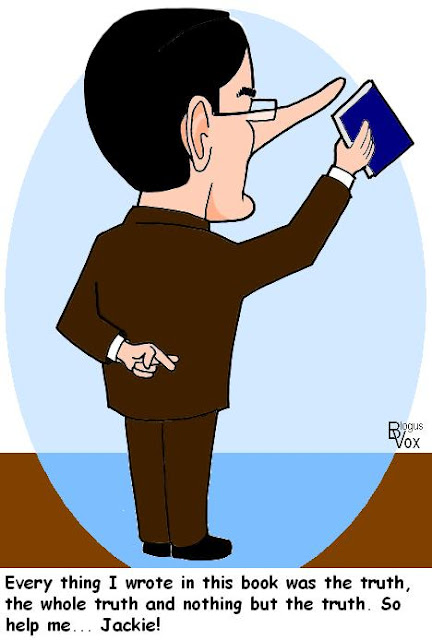 A study session between my wife and daughter is like some sort of a police interrogation. It starts with “lambing” then bribery proceeded with “coercion” and then back to “lambing” again. Observing them, I wonder tuloy who is more under pressure; my wife or Bea.

Since the time my daughter took the over-all number one spot last year, my wife’s been working hard so Bea could retain it this year. My wife considers it as a matter of “family pride”. For her, attaining less might be frowned upon by Bea’s relatives who are academic achievers themselves. For me, I think “insecurity” plays a major role.

I really don’t care what my daughter gets as long as she understand her lessons and pass each one of her subjects. As I observed, she doesn’t need extra “encouragement”. On her own, she already possesses curiosity and the drive to understand and excel. But with all these qualities, she’s still naïve to the real meaning of “academic excellence”.  I once asked her why she wants to be number one. Her answer was something to ponder about - “I like to get on stage and wave to people while they clap their hands”. Hindi kaya gustong pumasok sa politika ng anak ko?

In spite of the discipline my wife imposes, there are some lighter moments in their sessions. Instances that makes me laugh, resulting to my wife’s annoyance. For example in Math;

In social studies, they were discussing the different regions of the Philippines when my wife suddenly asked:

As I’m writing this, my wife called to inform me that Bea got the number one slot on their Quarterly Examination. Tomorrow, she’ll again go on stage and wave at the clapping audience below.
Posted by BlogusVox 22 comments: