Naming a product is important. It’s the product’s ticket to success. Two things I observed though; a name should be “hip and catchy” and consumer should be able to relate and remember it.

Old brands are so famous that it’s automatically attached to a particular product. In the Philippines, people buy Colgate instead of toothpaste and document are Xerox(ed) instead of photocopied. Some brands comes from family names like Honda; easy to remember and identifiable with cars and motorbikes. Daewoo on the other hand confuses consumers. They can’t tell if it’s a car, a washing machine or a wall clock. But not all diversified companies did poorly. A good example is India’s Tata Motors; a subsidiary of Tata Group. It does well because Tata, like Toyota, is catchy; people retain the name easily. Try advertising cars from "Venkatraman-Kanakamedala Motors" and see if anyone catches-up outside India. It’s not only hard to remember, it’s a tongue-twister.

That’s where the Chinese have a dilemma; Chinese can’t use their surname as brands even if it’s easy to remember a one syllable name. Non-Chinese consumer tends to associate it with something else. Imagine when somebody says “I’ve got a Warhol in my den”. Right away a “colored negative” poster of celebrities comes to mind. But try “I’ve got a Po on my wall”. It’s tempting to say “So do I, but I don’t go around bragging about it or make a habit of flicking it on walls”.

Combining two or three Chinese names won’t do the trick either - it sounds like a hardware store, a restaurant or worst, something sexually "suggestive". Others tried to “anglicized” but “Soft-Touch” sports apparel are sometimes mistaken for a feminine napkin. Not only that, they're fond of words like “Golden” and “Dragon” that they might end up suing each other of copy-right infringement. A Chinese car manufacturer took the name of their famous landmark:

In fairness, the logo looks good, but the name doesn’t fit. Look, if a guy boasts, “I’ve got a Ford truck”, one imagines a gas-guzzling behemoth work-horse. But something seems missing or doesn’t sound right if you say “I’ve got a Great Wall truck”. One might ask “What’s a wall truck?” It’s more apt and make more sense when a company is named “Great Wall Construction Co. Ltd.”, don’t you think?

I’m sure this is one of the reasons why the Chinese resort to imitating famous brands; less mental stress and cheaper for them. But don’t take my word for it. A product is a product how ever odd its name or where it’s made. As long as it serves it purpose and the quality is good… go buy it!
Posted by BlogusVox 12 comments:

When is Art Cease to Be Called Art?

To say that a work of art is good, but incomprehensible to the majority of men, is the same as saying of some kind of food that it is very good but that most people can't eat it. – Leo Tolstoy

Art is an individual act of “self expression”. It serves no purpose in the economic growth of a society except as, in general, a form of entertainment. It is in parallel with the rationale of religion filling the psychological vacuum pertaining to the philosophical question – “Why am I here?” But unlike religion whose followers come from all walks of life, Art enthusiasts are mostly composed of people who can afford the luxury of “free time”. It is therefore safe to assume a large number of its patrons come from the “well-to-do”. Given their “purchasing power”, it is also safe to assume this clientele are cultured, intelligent and well-educated. It is because of these assumptions that I find it beyond my understanding why some can’t distinguish an exercise in aesthetic from, what I consider, plain “garbage”. Perhaps the fault lies in me. I’m not “gifted” enough to appreciate “art”, but then, hear me first: 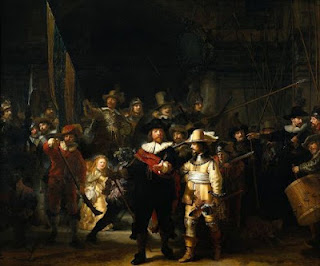 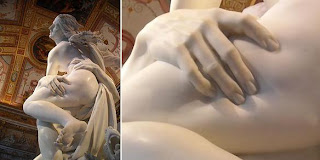 It doesn’t take an Art Critic to recognize these painting and sculpture was done by masters. It captures life “as-it-is” where details are painstakingly reproduced.

A movement called “Impressionism”. In contrast to its early predecessor, it gives emphasis on how light plays with colors thus ignoring details. 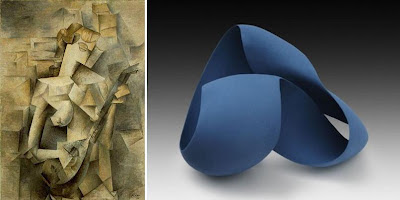 Another art movement called “Cubism”. Perhaps this is Ka Rolly’s inspirations in creating beautiful paintings such as this:

But to fill a canvas with dots and sell it for 10,000 British Pounds is something I couldn’t swallow even if I can afford it (which I can't)… 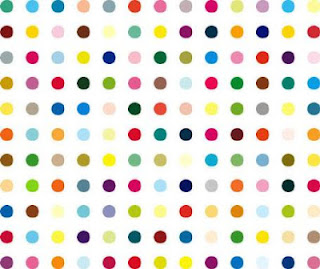 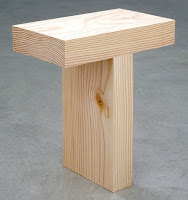 Nor do I find any artistic endeavor on this except as a support for my butt to alleviate the stress from my weary knees.

This movement is called “Conceptual Art” or “Con-Art” for short (and it’s aptly named). Through their works, one may deduce "Con-Artists" does not require talent nor skill to create their art. The only thing sophisticated about it is the fancy name they gave their "creation". It has to be observe on a different perspective like “You have to look beyond the object to understand the concept and appreciate its beauty”. I might as well buy a toilet bowl, give it a thought-provoking title like “Parched Canine Oasis” and shove it down their throat - “THIS IS ART!”.

I wasn’t properly “schooled” in the Fine Arts nor do I claim any authority to backup my criticism. What I am is a nobody who appreciates beauty and admire things I can’t do. But I’m not alone. My views are shared by people like Julian Spalding, a former director of Glasgow Museum and the late Dennis Dutton, a philosopher in art.

But I’ll give you the benefit of the doubt. You be the judge. 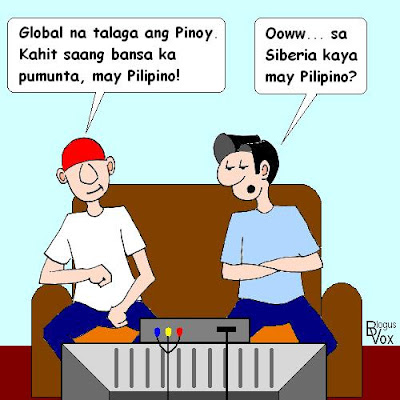 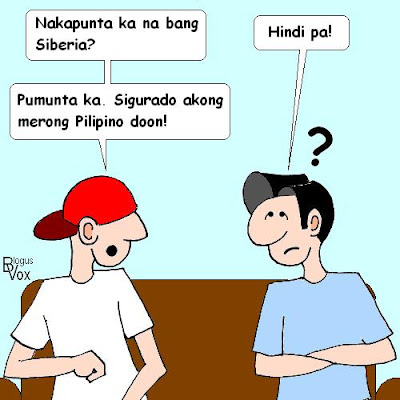