Where Have You Been My Brown-Eyed Son?

FB, I think, is a software application most of us appreciate it was invented. It enables us to communicate with our love ones and rekindle connection to our long forgotten friends and acquaintances in wherever corner of the world they maybe. It also gave me a glimpsed and first hand idea of their present state of affair.
Because of our coming high school event, our batch is gearing up its preparation for next year’s reunion. We used FB to find former classmates and as an organizational tool to update and inform each and everyone involved of our proposed agenda and plans. Those who have funds to spare voluntarily gave to finance our projects. Of course it is not imposed but still “expected” from those working or residing abroad to gave a much larger donation.
As I inspect our financial status, I noticed more “supports” are given by our Middle East based and sea-faring alumni than from our counterparts living in the western hemisphere. It strikes me as ironic that people back home look upon OFWs and sea-men to be a less desirable endeavor compared to a “blue passport” or a “green card” holder, and yet, this tally speaks otherwise.
A high school teacher once told me – “O, kumusta? Si (a classmate) na sa Amerika na!” With emphasis on “na”, as if going to “Tate” is the ultimate paradigm of success. Perhaps this holds true some 30 or so years back, but with the current trend and financial slump in which US has yet to recover, I think other wise. This assumption was further strengthened when one of my US based classmates mentioned – “we’re lucky, we still have jobs”. It is sad to think that they have to prepare and save a year ahead just to be able to attend our homecoming event. They felt envious when they found out going back home for vacation is routine, done on a yearly basis and free airline fare for us and our families.
These crisis US is now facing changed even the most amiable guy I know, a buddy since our formative years and haven’t seen for a long time. I found out he has an FB account, sent a message and jokingly said the climate in the US haven’t done much to his “color”. The reply I received isn’t what I expected. He was upset and began an outburst of insults including “ignorant” and “out of touch with reality”. You must be in a lot of pressure and stress to be so sensitive and react like that on something as trivial as a joke between friends.
Perhaps he is right. I haven’t changed much. But still I’d rather be “ignorant” than to “learn” that to get ahead, you either use people or step on someone’s toes. I’d rather be “carefree” than to look at the glass half-empty. I’d rather be foolish but happy than to come home from work morose and humorless.
I don’t look at “life” that way.
Posted by BlogusVox 20 comments: 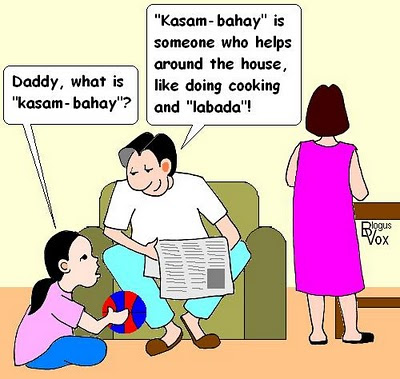 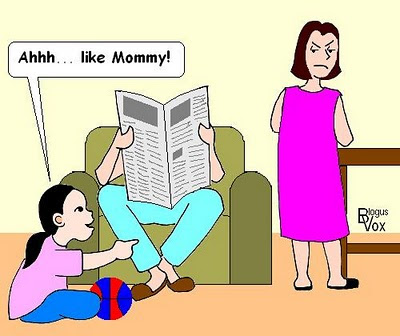