Pinoy Tales In the Kingdom

The fishermen know that the sea is dangerous and the storm terrible, but they have never found these dangers sufficient reason for remaining ashore. – Vincent Van Gogh

I’ve seen Pinoys in almost all trades and occupation imaginable in the Kingdom. From house helps and nannies tagging their wards in malls, agricultural workers while traveling on remote assignment, building maintenance people, skilled craftsmen, medical personnel and professionals in their respective field of expertise. But I never expected I’d met some Pinoy fishermen! 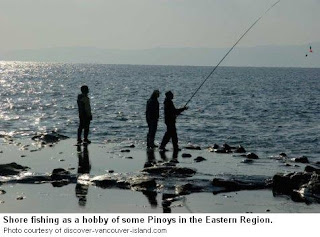 I’m not talking about those “shore fishermen” we often see along the coast of Dammam and Al Khobar. They are hobbyist and recreational fishermen; willing their time away during weekends. I’m talking about “deep-sea fishing” fishermen.

Most of them came from the same town in Batangas and doing the same job as fishermen in the Philippines before they came here. They’re independent, don’t have a Saudi “boss” and takes care of each others safety. They don’t have medical insurance, cash allowances or a regular monthly salary like the rest of us. What they have is a percentage of the catch they make of which a portion is given to their Saudi “sponsor” as his “share”, rental for using his boat and other expenses necessary to make their stay in the kingdom “legal”. 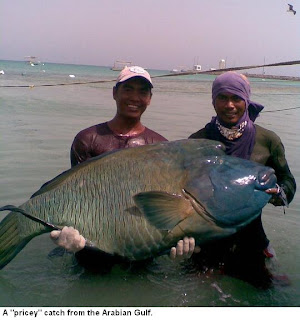 But there is a downside to this kind of agreement. Fishing in the Arabian Gulf is seasonal. There is a moratorium on fishing around the territorial waters of the kingdom to preserved and sustain the resources of the gulf. They avail of this by going home to the Philippines for vacation which last from three to five months a year. Quite a long R&R, if you ask me, especially if you don’t have any other means to augment your income and depending solely on your savings for your expenses. But judging from their outlook and their material possessions, they seem to be satisfied of what they have or where they are. I even suspect they earn more than our average Pinoy workers in the medical profession.

These brave souls never question that they are thousands of miles away from home or working in one of the most perilous occupation. To them, the sea is what fields are to farmers. They go there to reap their sustenance.

To each his own, ika nga!
Posted by BlogusVox 15 comments:

A couple of weeks ago I received an email (haven't checked my inbox for sometimes) asking my help to spread the word that there is a search for “Outstanding Global Pinoys” all over the world.

I guess its one way their sponsors of saying “Thank You” for buying their chocolate bars and whiskies as “pasalubong” to your love ones (my wife bought these stuffs only because of the free umbrellas and travel bags that goes with it).

For me and to their families at least, every OFW and pinoy expatriates are “outstanding”. They are the reason “kuya”, “ate” and “nene” finished college. They may not be their to be among us in times of celebration and difficulties. But the “hamon” and “mansanas” during Christmas and paid medical bills of “tatay”, “nanay” or “lolo” and “lola” are reminders enough of their presence. They are the very reason why the Philippines is surviving while other nation suffers in these global financial crises.

So, if you think your pastor in your weekly “alive” group deserves it or the sports organizer of your “samahan” warrants recognition, you may submit their names here. Deadline of entries is until February 29.

May the “winners” worthy of the accolades.
Posted by BlogusVox 10 comments: 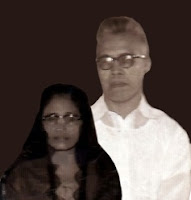 In his younger days, my grandfather was popular among his peers. I didn’t know that until one of my barkada’s grandmother asked me; “Kaano-ano mo si Goyong?” When I answered I’m his “apo”, she began telling me stories about my grandfather’s “escapades” during his student days. It was “colorful” and at the same time strangely creepy. She’s almost as if talking about me. Older relatives would comment - I’m his “carbon copy”. It makes me wonder if the reason why the bond between my lolo and I was strong was because he saw himself in me, both in attitude and appearance. Perhaps it’s true, but we differ in “taste” when it comes to choosing a partner in life.

My grandmother was the opposite of my grandfather. Goyong was the eldest, Lucit was the youngest. He was “fair”, she’s “dark”, got kinky hair and a “hauty-tauty” attitude (“trademarks” in her side of the family). I wouldn’t give a second glance if I meet a girl like her. Out of curiosity, I asked my grandfather what he sees that he chose to marry her; he’d smile and said “she’s meticulous and organized”. Maybe that’s the “quality” he was looking for. Between the two of them, their sheer hard work and determination produced two professionals without any help from anybody. My father and my aunt were the first engineer and doctor hailed from their place. An achievement that earned my grandparents the respect of their town.

Perhaps love was also a factor because in spite of Lucit’s “kasupladahan”, Goyong took it in stride. A grand aunt once told us a story about my grandparents when Lola was pregnant with my father. It's not exactly a scene from Romeo and Juliet but if things didn’t go her way, she’ll climb on the veranda and threatened my lolo; “Goyong, tatalon ako, tatalon ako!” And Lolo on the ground, arms stretched out (as if that’s enough to support the force and weight if she decided to jump) pleaded for her to come down. Later in life, when I teased him about it, he’d just smirked and said “Eh, di tumalon sya ngayon!”

When Lolo passed away at a ripe age of 90, I asked my aunt a silly question; “Aunty, what if some strangers comes to attend Lolo’s wake and tell us they are Lolo’s children?” My aunt laughed and said she’ll welcome them with open arms. It happened that Lucit overheard us and she indignantly blurted “My Goyong would never do that to me!” So I ribbed Lola; “When Lolo was still able, he goes at dawn to tend his farm and arrives home before dusk while you just stayed home. That’s almost 12 hours a day, six days a week that you don’t know what he was doing out there”. And that did it. Her blood pressure shoots up and my aunt had to inject her with something to calm her down. When my father arrived, he inquired why “Nanay” is in bed. Somebody told him. Batok at mura lang naman ang inabot ko sa tatay ko.

Now and then, I still get misty eyed every time I remember my grandparents, especially my lolo. I missed him a lot.

BTW, Happy Valentines to all of you!