The following morning, we went to Cebu (we’re staying in Mactan). They pointed to us another of Mactan’s tourist spots, one of the most expensive lamp posts in the whole world. Each one cost P90,000 (kuno) and there are several hundreds along the way. Unfortunately not a single one works after the ASEAN summit. 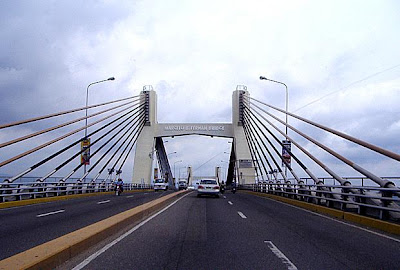 We crossed over to Cebu using this new bridge courtesy of the Japanese government.

Magellan’s Cross
Like any other new comer in Cebu, it’s not complete if you haven’t seen the very cross, so they say, brought by the Spaniards, the first time they stepped on our soil. Amazingly, after more than 400 years, it still looks brand new, like it just came out of the carpentry shop. 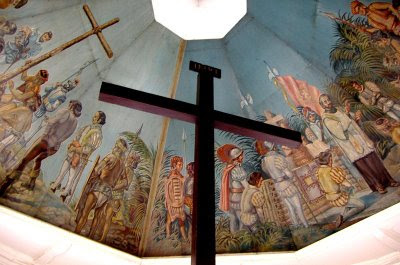 I have to shove several Korean tourists to get a better view of the ceiling.

Taoist Temple
This landmark is located in a higher elevation built by the Chinese community of Cebu. It sets atop Beverly Hills, supposed to be the enclave of money eyed citizen of the city, akin to Forbes Park of Manila. 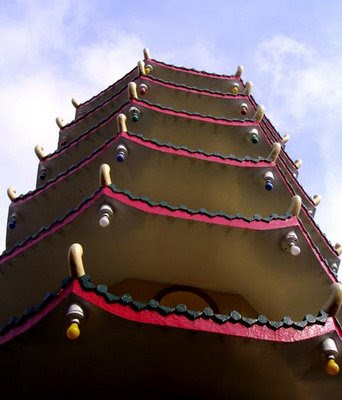 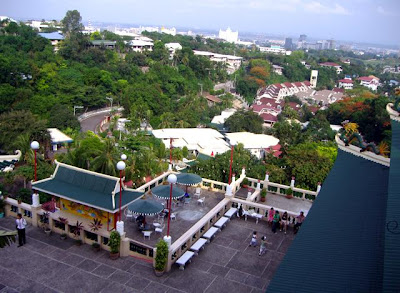 A view of Metro Cebu from the Temple.

Tops
If Hong Kong have Victoria’s Peak, Cebu have what they plainly called “Tops”, probable because it’s nestled at the very top of a hill. From there, on a clear day, you’ll see the whole of Cebu and even the island of Bohol. The scenery is breath-taking, so they say, especially at night. 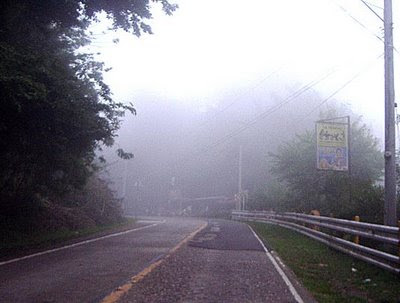 Unfortunately fog was developing as we climbed up Busay Hill. 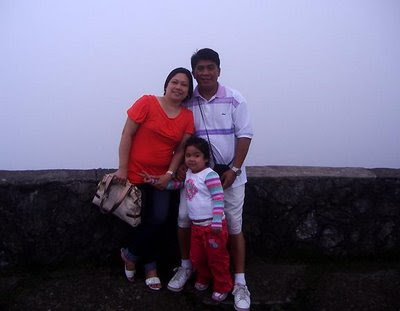 We console ourselves by taking this picture with the fog as background. Lovely isn’t it? 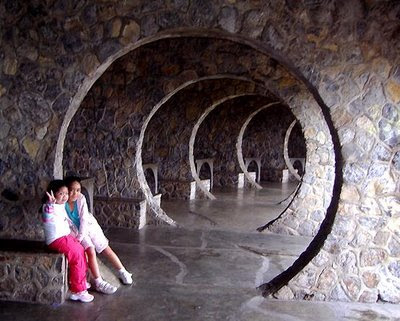 A unique formation of picnic tables, the only consolation I got in going to the Tops.

So far what I experienced, after climbing steps at the temple and the cold temperature at the tops, is a pain in the butt (literally speaking). We have to pass by a drugstore to buy a box of "Salonpas" before we went home and called it a day.